I should have gotten Robert's hair cut a couple of months ago.  It's just hard to find the time, and to remember to make an appointment.  That's how he ended up like this. 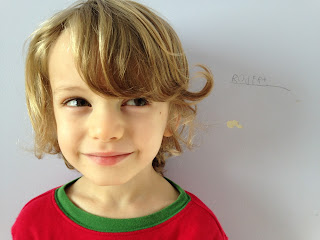 Just for fun, I stood him where Ivey wrote "Rodert" on the wall a while back

I have cut Jordan's hair before and have even tried cutting my own, a long time ago.  Since then I've been going to a friend who does a great job.  But the other day when I was reading The Tightwad Gazette I came across Amy's home haircut tips and thought maybe I'd try to cut Robert's myself, since we are on the spending freeze and he needed a haircut so badly.  I looked to YouTube for advice and found this video, which I thought was very helpful.


Cutting Robert's hair was slightly more complicated than what I've done before, but I figured if I really screwed it up, Jordan could always cut it with the 1" guard on the clippers.  I mean, it's been shorter!

Someday I might like to get better scissors, but for now I used the ones that came with Jordan's clipper set.  They seemed to work a little better than my small, sharp fabric scissors, which surprised me a little.  It took at least an hour, Robert and I got rather annoyed with each other, and we made a huge mess with all the hair.  But in the end, it turned out better than I expected!  Maybe next time I will take pictures of the process, but things were looking pretty bleak there for a while and I didn't even think about the fact that I might want any pictures of it! 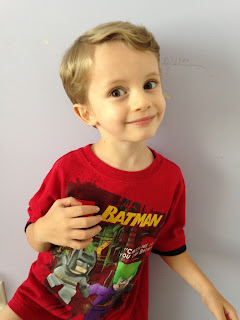 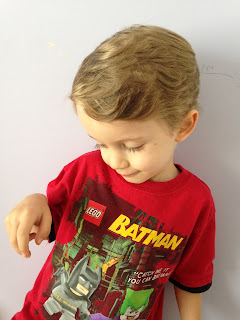 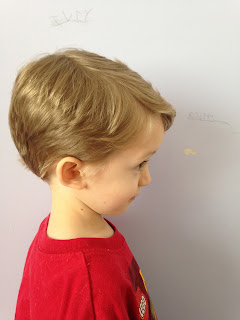 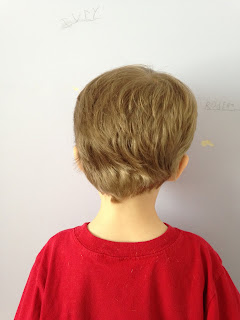 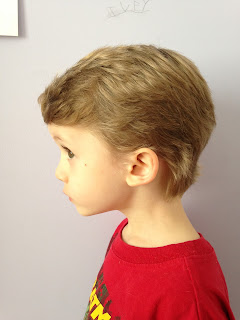 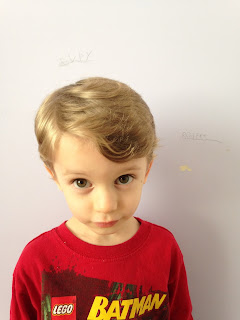 This is Robert's favorite photo of the new haircut.


I think this haircut should last a while, and trimming it up should be easier for me than cutting a shaggy mop like I did today!  My hair and the girls' hair I'm not so sure about--but luckily long hair doesn't need to be cut nearly as often.
Posted by Jenny at 10:45 PM