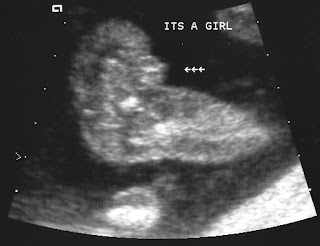 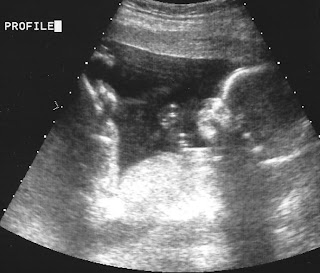 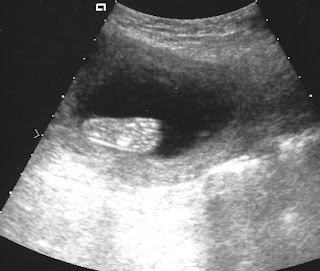 This is her pretty little foot. 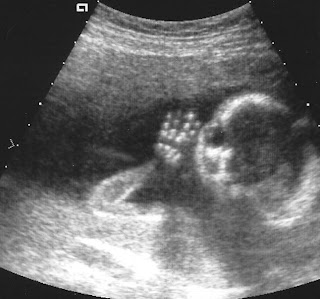 I love this one of her hand, too.

The other day we were going through Suzi's baby clothes to sort and pack them up, and I really did want to keep them out! Now I will get to. Other than that, I didn't really care if we had a boy or a girl. I would've been excited either way, and I feel certain we'll have a boy one day. I think our two little girls will have a lot of fun being sisters--something I never got to do.

Suzi went to the ultrasound with us, and when the image came up on the screen we told her it was the new baby. She smiled really big and said baby? Then, because it was dark in the room and Daddy was holding her, she fell asleep. The student and instructor who performed the ultrasound had to get lots of measurements and the baby kept moving around, so they had to chase her and it took a long time. Apparently she is very active, even though right now I can't feel her half as often as I saw her moving in the ultrasound. They predicted that I'd have some "busy days" once she gets a little bigger! Several times we saw her stretch her legs all the way out, and she won't be able to do that much longer.

We didn't get to tell Suzi she was having a sister until later when she woke up in the car. We asked her if she wanted to see pictures of the baby and she said no! I think she is excited anyway, although she can't seem to remember that it's a sister she's having and not a brother when we ask. I don't know if it'll be real to her until the baby is born. We want to have Suzi here at home during the birth so we can share the experience with her if she can handle it, but if she can't my mom will be here to give her the undivided attention she needs. (If you have any experience with a two-year-old witnessing a birth, please share!) I'm excited for her to meet the baby. 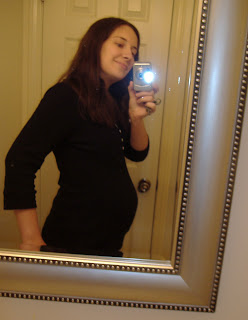 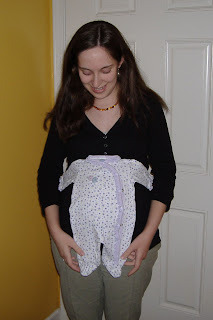 And this is my favorite newborn girl outfit. It was so depressing when Suzi grew out of it. She was melt-your-heart adorable in it. See? 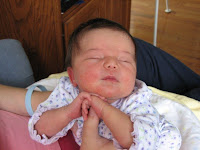 I went out and bought another one in the 6 month size, but it wasn't the same. I can't wait to put it on the new baby, along with all the rest of Suzi's little clothes! 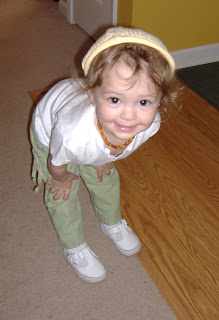 Uh... If Suzi will let us.
After all this rambling, I guess I will go ahead and tell the baby's name. It's Ivey Deidre... Ivey after my paternal grandmother and Deidre after Jordan's mom. We have been working on getting Suzi to say it, and so far she says I-Fee.

Jordan took the day off with us today to celebrate, and we are headed out in a few minutes to go for a walk together. The news is still sinking in.
Posted by Jenny at 4:57 PM

If we have a girl, she'll be Louisa Mae.

Jenny, congratulations on another little girl!!! I LOVE the name!!! You will LOVE having two little girls!!! Nancy H.

Congratulations! I love the name...it's beautiful!

Congrats!! I would love to have another little girl- we still have all of our 7 yo daughter's things. I haven't been ready to give them up, LOL she was quite the fashionista! You've picked a beautiful name, too. Congrats again :o)

Congratulations — she looks beautiful already, and I love the shot of Suzi. That's a wonderful name.

Emily: After Louisa May Alcott? I had to ask, because she's one of my favorite authors! :)

YAY! HURRAY! Congratulations! I was so excited when I read your post yesterday - and I love her name. I've been wondering how you're doing! Fun belly shot! :)

I knew you would be thinking of that newborn footie PJ that is soooo pretty. LOL Congrats again!

i had a feeling :)
many congrats!