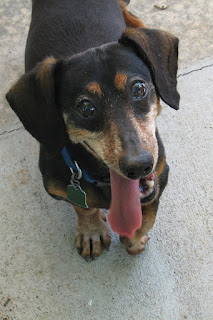 Wednesday afternoon while I was attending a blessingway, my mom called to tell me she was at the vet with our 15-year-old dachshund, Shorty. He had been unwell for a long time, so I knew this call was coming; I just didn't know when. His lungs were filling with fluid and his heart was giving out, and the vet thought it would be best to euthanize. I called Jordan, he left work right away, and we went to be with Shorty.
My mom held him in her arms, wrapped in a blanket. When I came in and touched him, he swung his head around, sniffing to find me, searching with clouded eyes that I'm sure couldn't see anything more than shadows. He probably couldn't hear much either, and he lay there in stark contrast to the jet black, muscular, energetic dog in my memories. But, there at the end in that small, sad room, he was no less beautiful to me. As I sat there petting him, his life flashed before my eyes. Bringing him home, naming him. His near-death experience with a gnawed electrical cord. Rooting under the covers in my bed. Meeting his "wife" Dixie when he was eight or so, and his new lease on life afterwards. Throwing a ball for him to fetch and his unbridled joy in bringing it back, thousands of times. In his prime, seeing him chase a ball all the way to the fence, sometimes rolling and somersaulting to grab it. Near the end, tossing it right at his feet and seeing him lose track of it anyway. He never gave up on his favorite game. Or guarding our house. He was also a great judge of character, and in retrospect I can see that he was always right. 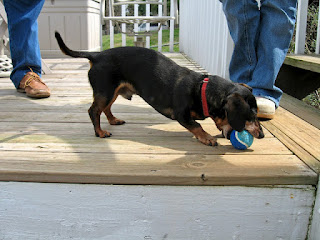 I see clearly now how dogs, like people, are deliberately placed by God into our lives. Shorty was such a gift to us over the past 15 years, in so many ways. I'm so glad we were able to be with him as he left his life on earth behind. I'm so glad we stayed with him to the end, because I think he knows we stayed. He is in heaven now--in my heart, I know he is. 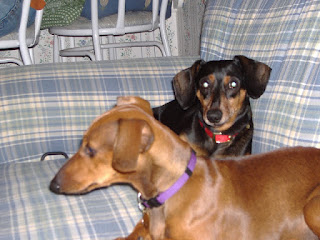 We miss him so much. I know it's much worse for my mom, who has lived with him and cared for him since I went to college, but I've been surprised at how hard it is for me. The first night was bad. It's better now, but Dixie has come to live at our house and sometimes I'll catch a glimpse of her out of the corner of my eye. Since she is also a dachshund and the same shape as he was, my heart jumps for a second, and then aches. Last night I was eating a bagel and she came to beg for scraps, and my mind involuntarily placed Shorty right there next to her. He always was right there next to her. It's not right to see her alone. It just hurts.
I am thankful for the time and memories we had with him. He wasn't perfect, but he was wonderful. I'll share some of my favorite Shorty stories a little later. Right now, I am comforted by Phibby and Dixie cuddles, and I just keep imagining Shorty running through the yard on his strong little legs, proudly bringing a ball back for us to throw. 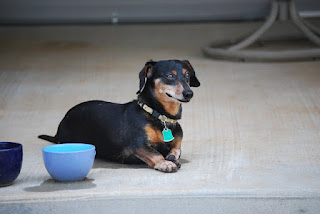 Posted by Jenny at 6:37 PM 1 comments Links to this post 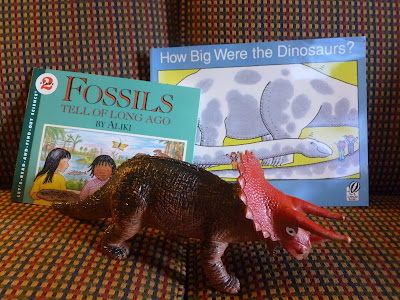 Jordan and I signed up in May to attend the Love to Learn Homeschool Conference August 4th. My sweet, wonderful parents agreed to keep Ivey and Robert all day, while Suzi was out of town visiting her Nana and Papa (Jordan's parents). So, that's right, Jordan and I drove over two hours to Charlotte and attended this event all by ourselves! It was amazing--both the conference and our ability to concentrate sans kids.
This homeschool conference is much, much smaller than some. I know there was a big one in Atlanta recently--lots and lots of vendors and curricula to see and buy, probably tons of tempting manipulatives. And that would've been great. But we really didn't have much money to spend and are pretty happy with what we've got curriculum-wise, so maybe it was better that I wasn't tempted. We chose this conference because of its focus on unschooling and relaxed homeschooling, which I wanted to learn more about.
There were a few neat vendors at this conference, but we only shopped at one. I approached a table overflowing with gently used books, toys, games, and manipulatives for awesome prices. It prompted me to ask the lady supervising it if she ran a shop. She said no, that she had children aged 6-22 and these were all things they'd outgrown or that they had extra of. Wow. We bought a few books and several dinosaurs for the kids, among a few other things--a volcano kit, a water science set, a peg board pattern set, and some puzzles.
Then we moved on to the sessions. Several times we ran into a conflict--two sessions we wanted to attend at the same time--so Jordan and I went to separate sessions. The first one I attended was "Always Unschooled." The lady who taught this said that she--like me--started researching and trying to plan when her firstborn was a baby. Then she realized that 99% of the information and skills you use everyday are learned outside of school. (Think about it--what information have you used recently that you learned in a classroom?) Children--and adults--absorb and retain what is relevant and interesting to them. It was especially comforting to hear how her son learned to read much later than is thought to be normal, but eventually did it in a way that worked for him and went on to be very successful as an adult in college. Suzi is not reading yet, and it's easy for me to freak out over this since I began reading at four and loved it.
Next I went to "Organize Your Homeschool," which was a useful session for its practical suggestions even though I thought the presenter's teaching style was too strict for our family. She discussed the best ways to use bookshelves, binders, baskets/boxes, small containers, letter stacking trays, calendars, lesson planners, timers, and... the trash can! There is something about organizing that gets me excited. Unfortunately, my teething baby boy probably isn't going to let me get much done for a while!
After lunch I attended a file folder game make-and-take workshop. The lady brought her laminator and a binding machine and helped us make games for our kids. It was fun! Here's the one I made for Suzi. You find the missing letter in the words and velcro the oval onto the right cup. I'd like to make some more games sometime soon, but I want to figure out a way to use different materials that are durable and yet do not require lamination. 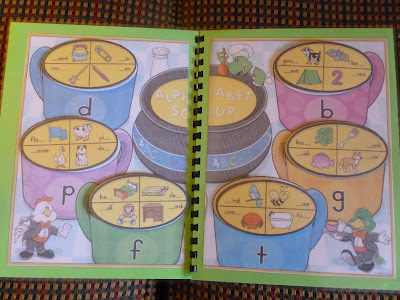 Jordan and I went to a unit studies session that was a lot of fun. The mom who presented it had photos of her kids, right down to the baby with a pacifier in his mouth, dressing up and reenacting the Boston Tea Party off their bunk bed. Hilarious! I bet Suzi would be all over that! This mom also cooked food from each region of the United States for a unit, and sometimes they'd invite grandparents or friends over to see the kids perform and share what they'd learned. What better way to prove to skeptics that the kids truly are learning?
My favorite session took place the last two hours of the conference. I'd already absorbed about all I could take in one day, and my brain was fried. But Jordan and I went together to this one because I knew we needed it--an unschooling Q&A/role playing. Two amazing ladies (the one who sold us all the great stuff and the teacher of the first unschooling session) sat on a desk in the front of the room and answered all our questions. Some of it was deep. Finally I asked my burning questions, the things that held me back and sometimes took the joy out of our learning. The things that scared me and made me double-guess myself. I think I may have to save that whole discussion for another post. But, long story short, I left feeling much more relaxed and hopeful about our upcoming kindergarten year!
Stay tuned for a second and probably third post on this subject. It's just too much for one!
Posted by Jenny at 9:41 AM 0 comments Links to this post