We don't get a lot of snow around here.  When we do, it's a major day of excitement for the kids--almost on par with Christmas morning or a trip to Disney World.  Also--and this is my favorite part--even if the snow (or ice) we get isn't decent enough to play in, it's an excellent excuse to have a day-long pajama party because all prior commitments are cancelled anyway!

So that's what we did last Friday and Saturday.  Jordan had the day off work Friday, when things were just starting to get icy, so we stayed in and relaxed.  By early Saturday morning, enough snow to have a little fun in had fallen!  We got up early, put on waterproof gear and coats, and grabbed our sleds. 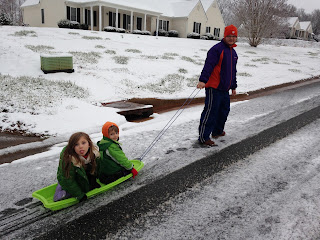 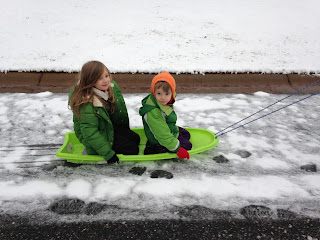 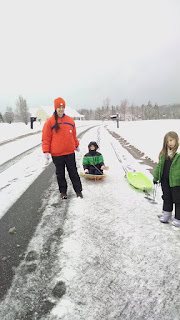 There was just enough snow to pull the kids around the neighborhood in their sleds.  They made snow angels too, even though around here our snow angels usually end up looking a bit dirty because the snow is so shallow. 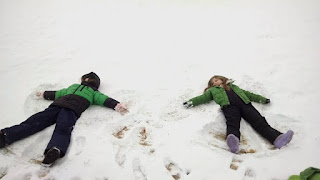 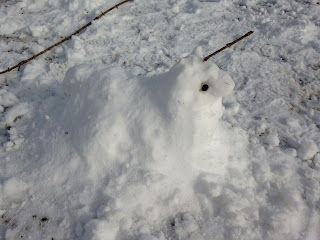 Suzi even made an adorable baby snow unicorn! 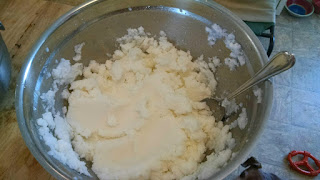 When they were tired of playing in the snow, they came in to dry off and Jordan made two big batches of snow cream.  It was wonderful!  Then we watched the movie Snow Day.

We did make it to church on Sunday, and then to my mom's house for lunch, where we discovered that her snow was much better than ours and still had not melted!  So the kids got to play all over again.  It was an ideal snowy three-day weekend that even ended up helping us out with our spending freeze.  Yay snow!
Posted by Jenny at 2:45 PM