In case you're not a big sports fan, there was a pretty important football game last night.  It was a huge deal to my husband, and I was a little sad he didn't get to go.  But of course, we watched it on (Sling) TV.  Before a football game, especially one that's this big a deal, we usually run to the store for snacks and beer.  We did not do that this time!  I'm proud of us.  But I still wanted to have some fun snacks, and Suzi "had a dream" of eating pizza while she watched the game.  So here is what we had. 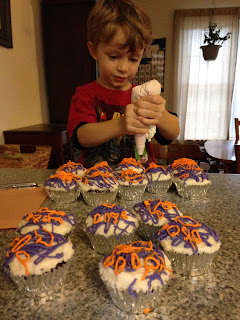 1)  I actually had to make more cupcakes, because we made some the other day but then ate them all!  We had everything to make them except for the butter, which we picked up at the store on Sunday. 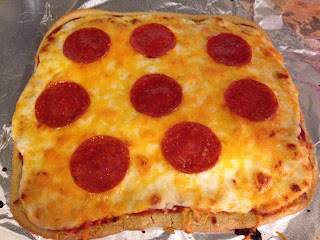 2)  For Suzi's pizza, I used this quinoa crust recipe.  It's not the same as a thick, sweet crust made out of wheat, but it's gluten free.  Also much easier to make from scratch than a regular pizza crust, and full of protein. 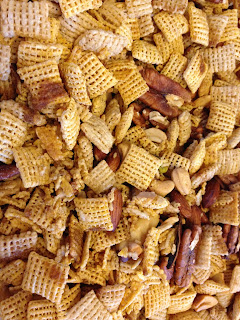 3)  I used what we had on hand to make Chex mix.  No pretzels and no wheat chex, but extra cashews and pecans!  This snack with last a while too.

4)  No picture, but Jordan made himself a homemade version of Takis using masa flour.  He has a tortilla press and also makes corn tortillas whenever we have tacos.  It's very cost effective!

5)  We drank the alcohol we already had.  Because we only drink occasionally, certain bottles tend to just... sit.  We are still finishing off a bottle of rum that we purchased on our honeymoon 11 years ago.  There was no beer, but there was plenty of other stuff to choose from.  We both had a couple of drinks and I don't think either of us suffered. 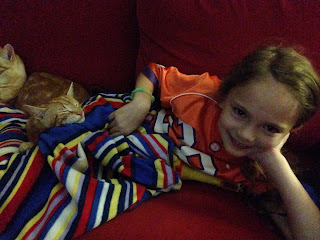 Suzi enjoyed her pizza and cupcakes and curled up with a couple of kittens to watch the game!
(Then she fell asleep.)
Posted by Jenny at 2:54 PM