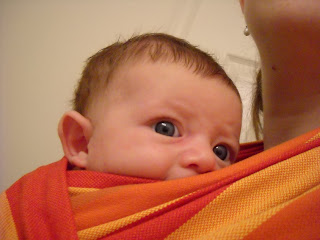 I don't think I've mentioned yet today how much I loooove her blue eyes.

This time six weeks ago, it had been seven hours since Ivey was born, and I was sitting in my bed at home, too excited to sleep. Between pushes I had told Carey and Jordan that once it was all over, I wanted to take a nap first thing, but after I had Ivey in my arms, I didn't want to sleep. I held my baby and held my baby, and then got on Facebook to brag about it a little. She didn't leave my sight, and even over the past six weeks she barely has. I feel completely recovered, and I feel better than I did six weeks after Suzi was born.

I can't believe that six weeks after Suzi's birth I was headed back to work already. It was just wrong. I should've been with my baby. I was a little worried that I'd go nuts staying at home all the time, but it's getting better and better. Recovering at home with two little ones was tough, but now that I'm back to normal I actually love being home to clean and take care of the girls all day! I'm where I'm supposed to be.

I took some pictures holding Ivey in the same place I took my belly shots before. 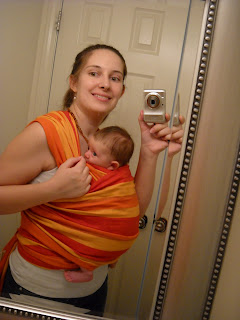 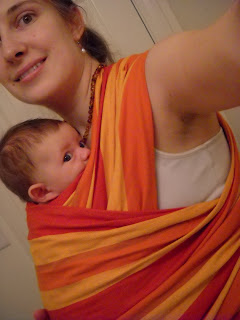 Also got a picture of the girls together. 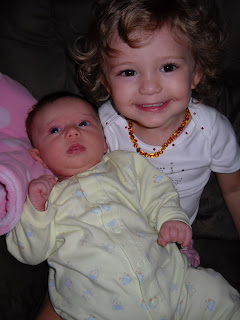 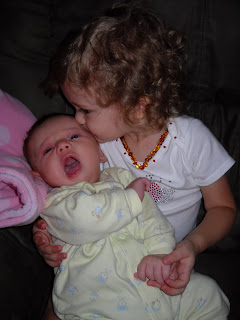 Then I changed Ivey into a pretty pink dress and thought I'd take some more, but... 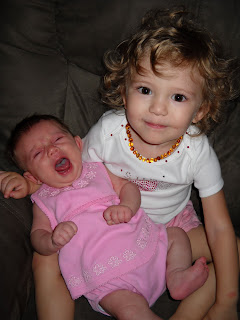 not so much.
We went for a walk today and Suzi picked some flowers. This is Suzi all the time, running around with a handful of flowers, sticks, rocks, or whatever else she can find to play with. 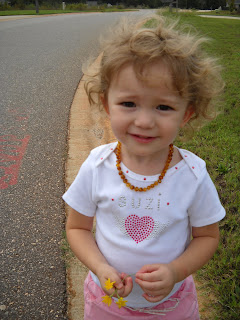 Glad to hear things are going so well! It looks like Suzi really loves her baby sister!

I think that things are often just easier with second babies. I know I found the recovery and adjustment easier, anyways. And I'm glad you're able to stay home, and that you're enjoying it.

Also, can I just say that's a gorgeous wrap? I LOVE the colours!